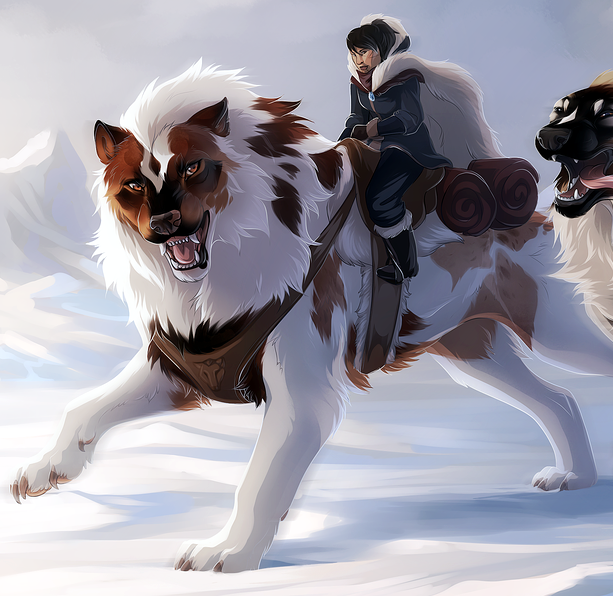 Barakoss are large dogs the size of horses, which are commonly used as mounts.

Barakoss are said to have been a project by a group of Mages who wished to explore the far north in the time before the Cataclysm. No one knows what happened to the mages, but the oversized dogs survived in the northern climate and would go on to be adopted by the Eida and others living in those lands.

Barakoss are really just oversized dogs, likely effected by some kind of animal growth spell that for some reason has lingered through the generations.

Barakoss live in colder climates, such as tundra.

Barakoss are omnivorous. In the wild the are scavengers more than hunters.