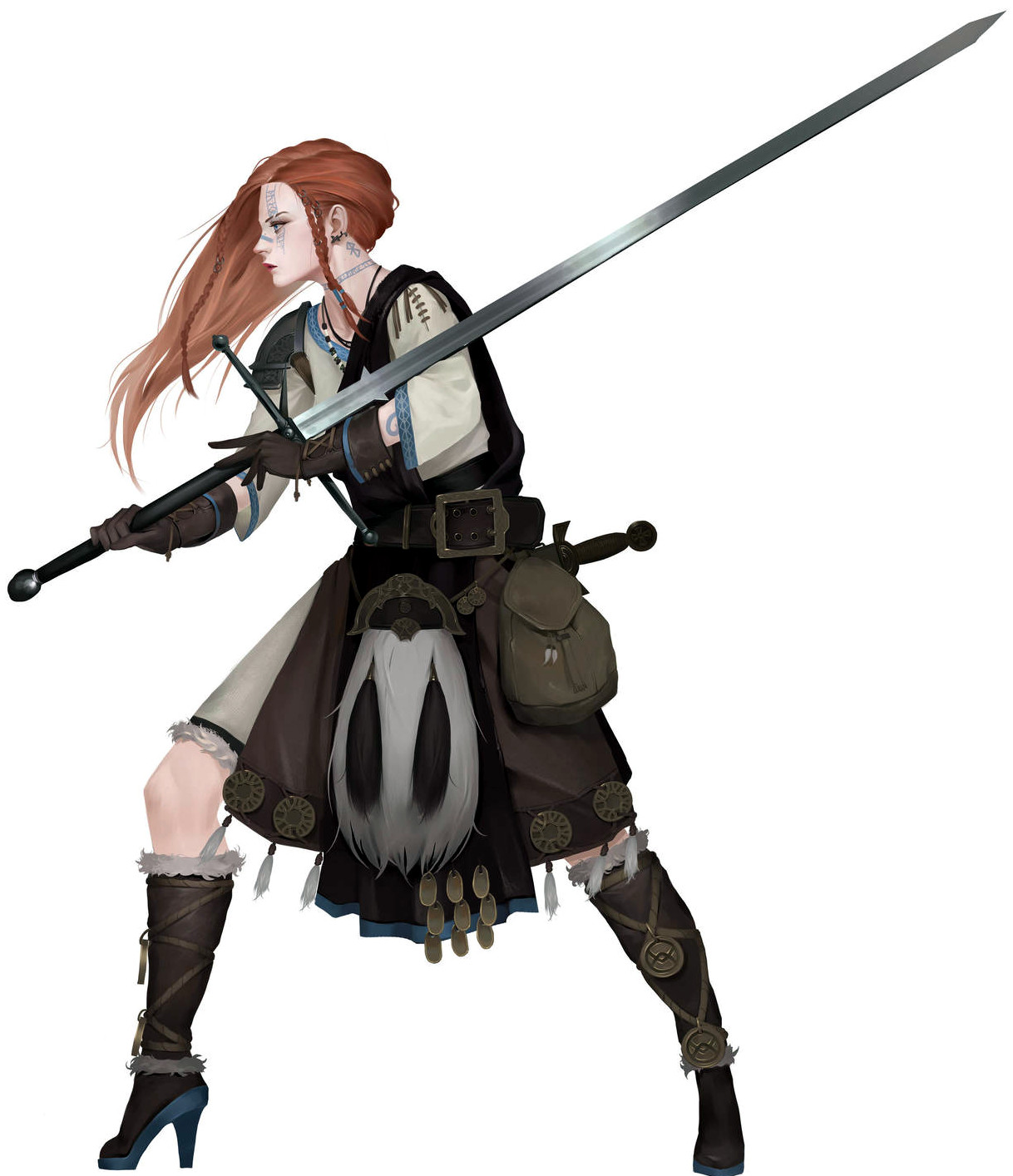 Slayers blend high mobility with high damage capabilities. They are a versatile and valuable party member, as well as a gifted solo act. It takes a certain flair to wield a massive weapon and slayers move so freely and easily with their huge blades that they might be dancing with silk. A slayer wades into the fight like a two-edged whirlwind, swinging their powerful sword in deadly arcs, and evading their foes in a graceful dance.

The slayer does their job with aggressive swordplay, graceful evasive moves, and overwhelming force. Wide-sweeping circular attacks mow down enemies on all sides, agile dodges put the slayer behind their foe, and their leaping backflip kicks stun the enemy and open distance with them. Despite their light armor slayers can fight in the thick of things along with warriors. They are faster and more mobile than Destroyers and their whirling attack style allows them to excel at taking out surrounding mobs.

The greatsword is their weapon of choice. They are also equipped with light armor, the slayer relies more on their handful of dodging skills for protection than armor.